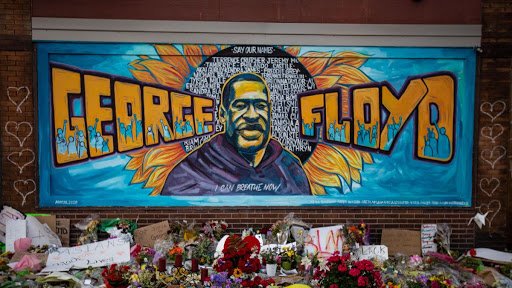 One year later, Answers to Questions Still Being Asked

The one year anniversary of the murder of George Floyd is upon us.

A time of reflection. A look back at the reckoning that followed that tragic day. Systemic Racism. Inequity. White Privilege. All finally acknowledged. Inclusion. Equality. Diversity. Words that echoed in every corporate promise, media report, Zoom meeting.

Across the screen based industries, the tidal wave of change began after George Floyd’s death and continues to swirl around the globe.

But not everyone is interested in riding that wave.

There are times when (white) people have questions. With everybody afraid of  ‘cancel culture’,   there is often real fear on both sides  of having an open, frank conversation.

Well, times are a-changin’ folks, and we have to to figure this out or we will never get to a place of understanding between us.

So I’ve picked the top five questions my white friends ask me and will do my best to answer them.  Let’s jump  in.

No one complained about quality when only films by a tiny minority of the population — white men — were allowed to compete. Overt and unspoken barriers kept the rest of us out.

With greater choice of content we can confidently expect much better quality films!

Context: As of 2024, the 96th Academy Awards will include eligibility requirements that ensure that women, people of colour, people who identify as LGBTQ or people with disabilities – are represented in leading roles or significant supporting roles in Academy nominations. The policies also state that at least 30 percent of secondary roles behind and in front of the screen must be from two of those underrepresented groups, or the main storyline, theme or narrative must be focused on an underrepresented group.

My response: These changes are remarkable in more ways than one.The Oscars Academy has walked the talk when it comes to raising the inclusion bar.  As a woman of colour and member of the class of 2019, I am honoured and proud to be part of the Academy at this pivotal moment in time.

Although 2024 is a little way off, these changes allow time for producers to create — or rethink  — their narratives so that they are truly inclusive.

Context: Many organisations are opening their doors to new diverse members. The assumption is that these new members are inexperienced.

There’s a deep-rooted belief in the  “mainstream” that people from BIPOC backgrounds are inexperienced, and it’s time this false narrative be eradicated.

For example: among many other jobs, my credits include a successful career as a Producer and Executive Producer with BBC Films, Founder and CEO of a multifaceted production/distribution and events media group that is Black owned and female-led. I have directed four feature films and produced and executive produced many more.

Yet, often my experiences are underestimated or completely written off, simply because I am a woman of colour.

There is a vast and untapped reserve of highly experienced professionals waiting to take our place at the voting members table.

The short answer: neither Spike Lee nor Steve McQueen should be referred to as examples of equality for all.

Tokenism – where one person is allowed access to the halls of power  – should not be confused with equal access to industry resources. There is ample documentation and many reports across the industry that support the reality of systemic exclusion that results in women and people from ethnic backgrounds being denied the same access as white middle-class producers.

Both Lee and McQueen have publicly spoken out against the lack of opportunity for Black creatives in the industry.

Where Lee has spoken extensively about the systemic barriers that prevented him from getting funding from studios. McQueen has openly blasted British film and television makers, saying

“The UK is so far behind in terms of representation, it’s shameful…” adding, “…It’s just not healthy. It’s wrong. And yet, many people in the industry go along with it, as if it is normal. It’s not normal. It is anything but normal. It’s blindingly, obviously wrong. It’s blatant racism.”

Lee and McQueen are two Black directors out of an overflowing pool of talented BIPOC creators who are consistently and unashamedly ignored. McQueen echoed this thought in highlighting that, “We are missing from the conversation. We are missing from the narrative. And to me that is weird. Not to see yourself or any aspects of ordinary life that reflect your experiences of growing up in Britain, that is just plain weird.”

A 2019 study of director gender and ethnicity in Hollywood found that women of colour directed less than one percent of top-grossing movies between 2007 and 2019 which does NOT speak to their skills or talent, but instead to their ongoing suppression of both traits.

In the UK, a similarly shocking statistic revealed by the Arts and Humanities Research Council found that just one per cent of all directors and 0.3 percent of cinematographers were Women Of Colour.

It’s time we started looking beyond the propagated lies that WOC are talentless and instead delve deeper into the opportunities they’re regularly not afforded.

Contrary to assumptions, watching the films before you vote is obligatory for these awards.

Awards ceremonies have the power to make or break careers. They  determine who works in the industry and whose stories are told,

They have a colossal global impact and that is why bold efforts are being made to ensure that members aren’t simply colleagues or friends, but instead, represent and reflect the widest demographic.

It is no longer acceptable for white males to go unchallenged as they try to maintain occupation of all the seats at the table.

There is a window of opportunity to incorporate different perspectives that have previously been silenced and to shape the global narrative in a representative way.