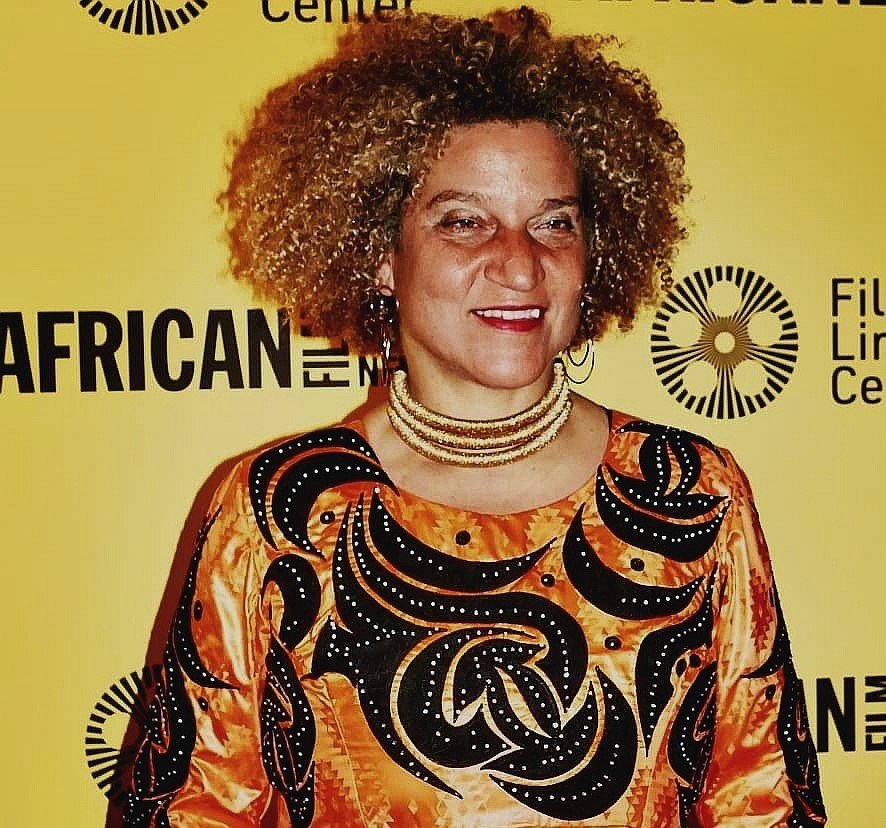 It’s wonderful seeing Regina King, Chloe Zhao and Michaela Coel taking their well-deserved place at the SAG and Golden Globe Award nominations. As a film director who is also a Black woman, I celebrate this moment and their achievements. Their recognition vindicates all of us who have been struggling in the shadows for so long and brings hope for women of colour coming up in the ranks.

I think back to being that young naive woman beginning her career who finally found her passion. It was my final year at the University of Toronto where I studied Theatre Arts. I had been selected for the coveted Directors Program that would give me the resources to direct several shorts and full length shows.

I remember sneaking into the empty theatre, awed by the power I now had to bring to life the creatures of my imagination; the passion, tears, laughter, conflicts and triumphs that animated the images of my mind. I knew in that moment that I had found my life’s vocation. I felt like I had come home standing in that theatre space.

Almost thirty years later, I remain as committed to sharing the rich stories in my heart and mind.

In the interim, I have encountered many obstacles. It’s hard not to think of some of these as I reflect on the opportunities ahead.

After university I attended film school in England and applied for a job as a production coordinator at BBC Television. My application was met with surprise and when I was asked what did I want to become? My response of becoming a film director was met by loud laughter by the white male interviewer.

It was another 10 years before I would work as a director in television. I met this type of attitude as I navigated the professional hallways of the BBC – told that only white men get hired. In my nativity, I thought that I would conquer these doubters and not be a victim of the racism and sexism in the industry.

I financed my first independent film which showcased my talents as a producer and director, yet I was unable to find an agent, and was told privately by an insider that no one would be able to take me on because they can’t sell a Black woman.

The disappointment was obvious when I met potential production company personnel in person – my skin colour did not match the image they had in their head. But I think the worst experience I had was on the set of directing my first feature, Peggy Su. The director of photography refused to speak to me, insisting that the white male producer be on set at all times to convey my instructions to him.

On another film set, one of my lead actors told me that Marlon Brando, while shooting The Score insisted that the director communicate with him via walky-talky from off the lot. The director was not allowed to be on set with him. My actor wanted to have the same arrangement with me, so that he would not have to “take orders from a C*nt”.

This behaviour is not a UK or American thing. After moving back to Canada, I finally got a reputable agent to sign me. Despite her best efforts, she was only able to get me one job in 15 years. It was on a television show about an urban radio station. Despite the Black cast and content, over two seasons only two Black directors (myself and Sudz Sutherland) were hired. And while the white directors each directed multiple episodes, I only directed one.

Although I never considered giving up, I have struggled to make peace with the fact that despite my abilities, and my substantial hard-won accomplishments, my career has often been blocked purely on the grounds of my race and gender.

Recently, the Academy of Motion Picture Arts and Sciences hosted a discussion in which filmmaker Ava Duvernay interviewed the great directors Euzhan Palcy and Julie Dash. All three of these women are my sisters, my colleagues and my heroes. They are masters of their craft who have carved extraordinary careers and bodies of work. While they may not be household names, for me they have been beacons of hope.

There was a moment in the interview when Ava asks Julie: “What hurts you most about the discrimination you have faced?” And Julie answers: “It is, that after all this time, people still tell me that I do not have enough experience.”

My heart lurched. Since the 1970s, Julie’s ground-breaking career making beautiful nuanced films depicting the texture and beauty of Black life speaks for itself. Now she is about to helm her most ambitious work yet – a feature film about revolutionary activist Angela Davis. That she should be told that she “doesn’t have enough experience,” was a gut punch that literally brought me to spontaneous tears.

It hurts me to write this. At this moment of possibilities as our industry faces a “reckoning,’ we need to be able to be honest with each other about the things that have gone before. And to correct the remaining vestiges of colonial patriarchal culture, so we can all move forward together on an equal footing, to build a better world full of our beautiful stories.

I am beyond excited by the opportunities that lie ahead and can confidently say that women of colour in the industry are in a more empowered position than ever before. It’s a comforting reminder that everything I and my sister industry peers experienced in the past wasn’t in vain. My sense of wonder and excitement about telling rich stories carries me forward and my passion keeps me creating those stories.